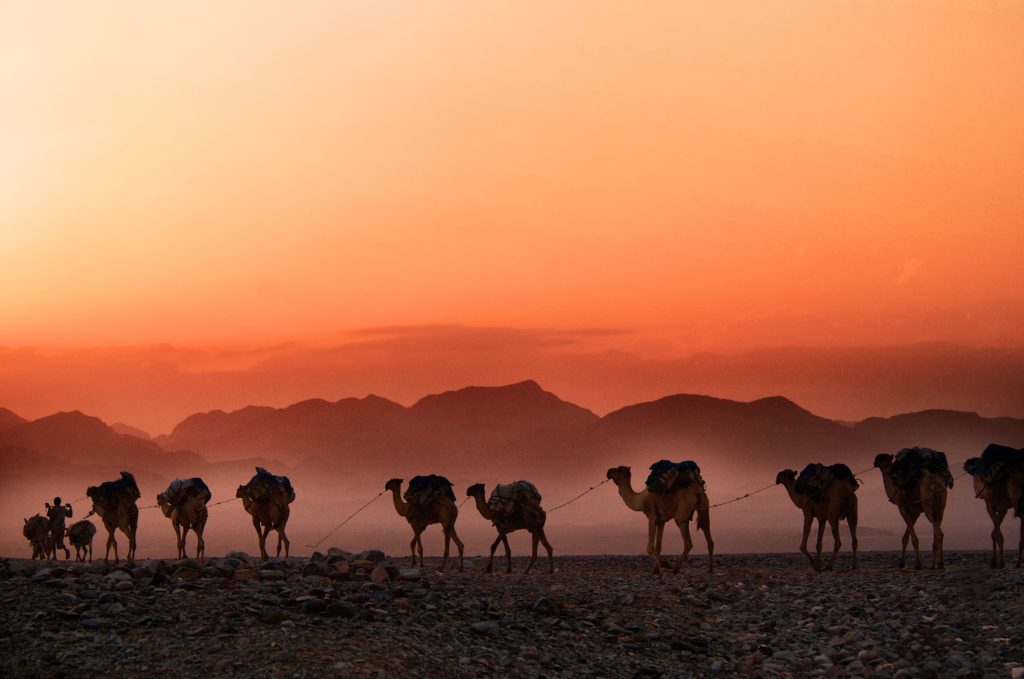 Jailsamer, otherwise known as the ‘golden city’, is one of our favourite places in India. Ancient forts, exotic camel rides, romantic camp experiences and much more make Jaisalmer a unique, vibrant and unmissable tourist spot. Still not convinced? Read on for our 4 day Jaisalmer Itinerary.

Jaisalmer is a gorgeous city in many ways, all the buildings are made from yellow sandstone (hence the ‘golden city’ title). The streets are narrow and bustling, if not a bit crazy, and the skyline is dominated by the Jaisalmer fort.

If you are heading to India I would definitely recommend a visit to Jaisalmer. Hopefully this article will give you everything you need to know for the trip.

What’s Included in the Jaisalmer Itinerary?

We’re going to break it down into 4 sections.. How to get there, where to stay, what to see and do, and where to go next.

Traveling to Jaisalmer was something that we struggled with for a while. Jaisalmer is in the middle of the Thar desert, and fairly close to the Pakistan border. Therefore, it can take a fair bit of time to get there depending on where you are travelling from.

These are your best 2 options:

This is one of the most popular ways to get to Jaisalmer for travellers, almost all the people we met had arrived by train. The advantage of this is of course the price. Indian trains are fairly cheap, even first class air conditioned coaches are still under £10/$10.

The disadvantage is the time. From Delhi, the train takes 18-20 hours. Now this isn’t a huge issue for some people, but the problem for us was that we only decided to visit Jaisalmer towards the end of our India trip. We had so much else planned that to be able to squeeze in a 4 day Jaisalmer Itinerary we couldn’t waste a day or two on a train.

Booking Indian trains is very confusing and stressful. Thankfully we have written a simple guide to booking trains on the Indian railways. The easiest way to book trains in India is by using the IXIGO app. It can be a bit tricky to understand though at first, so check out our step-by-step guide to using IXIGO to book a train in India.

Having written off the train option, we started looking at faster ways to get there from Delhi. This is where it started getting confusing for us..

If you have a look online, pretty much everything you read will tell you that the airport in Jaisalmer is for military personnel only and that there are no commercial flights there. Instead, they say, you can fly to Jodhpur and then get a 6 hour train to Jaisalmer.

This didn’t seem too bad, so we started looking for flights. When doing so, the flight comparison site I was using was also bringing up Jaisalmer airport as an option for destination. I thought I’d have a look, and came across a flight!

Not only did I find a flight straight to Jaisalmer airport, the supposed military only airport, but it was also cheaper than a flight to Jodhpur, around £/$30! Everything appeared fine, the airline was SpiceJet, a popular Indian airline, so we went ahead and booked it.

We weren’t really sure how this would turn out, as the internet seemed convinced that there weren’t any flights. Anyway we went along and…. It was a real flight!

For an extra £20, it took us only 1 hour to get to Jaisalmer rather than an entire day. Even if the flight was absolutely terrifying (we hit an air pocket and the plane dropped slightly, people screaming, not very fun). But we would definitely recommend flying over getting the train for such a short Jaisalmer itinerary.

Worth noting – Make sure you arrange transport from the airport into the city beforehand to avoid being stranded in the desert. Get your hotel or hostel to arrange a taxi to wait for you, as it is a tiny airport without any public transport links. Ours cost 800R, about £/$8, and took about 20-30 mins.

Where else can you fly from?

Having asked the locals and done more research, we found out that currently you can only fly to Jaisalmer airport from Delhi or Jaipur.

If you aren’t coming from there and still want to fly, perhaps fly to Jodhpur and travel in by train.

If you’ve got the budget for it, there are some fantastic palace-like hotels in and around the city.

The pick of the bunch is probably Hotel Jaisalkot. It’s a short drive out of the city so it’s very peaceful. Staying in such a gorgeous, golden palace in the middle of the Indian desert is the sort of thing on many people’s bucket lists.

Travelling on more of a budget?

There are plenty of options for a smaller budget though. We stayed in the Swan Hostel, which we can’t recommend enough. The furniture and yellow sandstone walls rooms really fit in with the surroundings, adding to the whole experience of being in Jaisalmer. The owner and in fact the whole staff were really kind and gave us a lot of information.

The highlight is perhaps the rooftop restaurant, with views over the entire city and Jaisalmer fort. We actually spent Diwali here, and sat on the balcony watching the celebrations. A once in a lifetime experience for us for sure!

The price was unbelievable really, around £/$10-15 per night for a nice double room. The food in the restaurant was also very well priced. We had a full meal for two with drinks for about £3 each.

Tip – We can’t recommend Jaisalmer enough for Diwali, it’s much less hectic than Delhi. All the locals place tea lights and flower petals outside their houses, create beautiful art with coloured rice, and the fireworks aren’t too shabby either! So, maybe consider scheduling your Jaisalmer itinerary around the festival of light! Just bring ear plugs…

What to do in Jaisalmer?

Being in a vibrant city with the desert on your doorstep, there’s a lot of amazing things to do in Jaisalmer.

We spent 4 days here which was enough time to see everything in our opinion. Some stay for less and cram, some extend it out, but I’d say 4 days is a happy medium.

I’m not going to bother telling you where it is, because you can see it from literally any point of the city so you won’t struggle to find it.

It’s a huge, 12thcentury golden fort, filled with maze-like paths, stone carvings, ornate temples and markets. It’s so big that roughly a quarter of the population of Jaisalmer live behind the walls.

We spent almost an entire day wandering along the pathways, climbing up staircases, stopping at cafes and all in all having a great time. The paths are not wide enough for cars or cows, so once you get out of the main square it’s fairly quiet. It was a nice break from the crazy Indian roads we were used to.

We also had dinner at an Italian restaurant on the actual wall of the fort, called Jaisal Italy, again something I’d recommend. Even though the Italian food was average, the view of the fort was spectacular. So, maybe consider popping in for a drink to admire the view. It’s particularly spectacular at night as the fort is illuminated by lights, very romantic!

2 – Spend a night in the desert

This is my number 1 must do activity for Jaisalmer. There are several different ways you can do this for all budgets.

The owner of Swan Hostel where we stayed runs one of these, and set us up with a camel safari in the Jaisalmer desert, followed by dinner over a campfire and sleeping amongst the dunes. This particular Jaisalmer desert safari package cost just 1600R (£16) each. Since they organised it for us, it meant that we weren’t charged for that night in the hostel. We just left our stuff in their safe room and came back the next day. Nice and easy.

The camel safari ride was, to be honest, pretty uncomfortable, but I’m glad I did it. When else am I going to ride a camel across the Indian desert?

We got to the camp just in time to see one the best sunsets I’ve ever seen. If you want to see a short video, we uploaded one to our instagram of our night in the desert.

The food was pretty nice, the camel guide cooked it over the fire. We slept on essentially camp beds with blankets, no tent or anything. The lack of light pollution meant that we could lie in bed and watch the stars, again something I’ll never forget. Plus, we counted around 30 shooting stars! This is a must for your Jaisalmer Itinerary.

Tip – Bring warm clothes! It got REALLY cold in the night. I’m talking as cold as it is in winter back in the UK. I barely slept a wink because I didn’t bring enough warm stuff, so don’t make the same mistake!

Sleeping out in the dunes without a tent isn’t for everyone though, but don’t worry, there’s plenty of luxury camp experiences on offer too.

Making the most of the desert is what a trip to Jaisalmer is all about. There’s a couple of places that hire out quad bikes/ dune bashers to ride in the dunes, so we had to give it a go.

We did nearly flip it a couple of times, much to the owner’s worry, but ripping a quad bike through the sand was great fun and something I’d recommend.

You could also try parasailing.

Man made by the first Maharaja of the city to help with water conservation, Gadisar Lake is a must see spot in Jaisalmer. Spend some time walking around the lake and watch the sunset. You can even hire pedalos to cruise around it, or jump in with a group and enjoy someone else doing the hard work.

We did that, and had a really nice evening on the lake.

I’d definitely recommend this for your 4 day Jaisalmer itinerary. Spend an evening here watching the sunset and then go for some food afterwards in the fort.

If you’re lucky enough to be spending more time in India after leaving Jaisalmer, where should you go next?

A popular option which is also what we did, is to get a 5 hour train to Jodhpur, the blue city. Spend a couple of days there and then make a similar journey to Jaipur, the pink city. I guess every city in Rajasthan is nicknamed after a colour!

I would recommend doing this, except I would limit your time in Jodhpur to as little as possible. We didn’t really like the place, it had perhaps the most polluted streets we’ve seen in the whole of India, and it’s barely even blue! There are a couple of blue buildings, but any image you’ve seen of blue buildings will have been edited.

There is a nice fort there, but having come from Jaisalmer we weren’t too bothered about seeing another fort.

One cool thing that is worth seeing is the step well. Seeing a step well was one of the things on our list to see in India so I’m glad we visited Jodhpur. It also helped break up the long train journey to Jaipur. 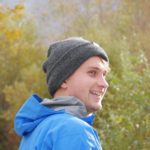 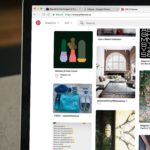 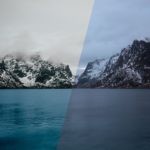 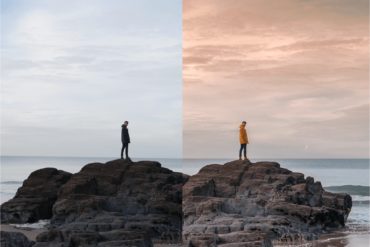 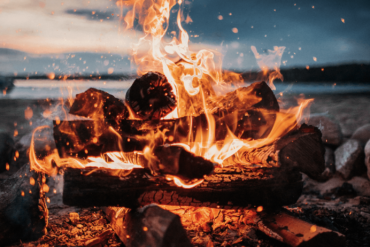